Mi jornada hacia la vida, Día 1124, A little bit about my past 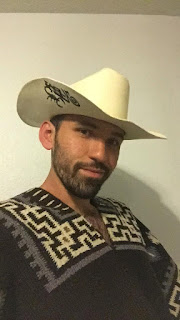 There is something that very interestingly enough, from a very young age was one of my greatest points of shame in the subject of relationships, and that was to be seen as a Rural when I was on the school, because there was such an exclusion and discrimination towards the people who came from the farms and the from outside the cities, that I would try to hide it away from me at all cost, even to the point that I would almost never visit my grandmother, always giving the excuse that I was just too busy to go and make her a visit.

For a very very looong time, I was not even interested in getting to know the history of my grandfather or my grandmother, but once that I got to know a part of the story, and how my father was treated by his own family, and how my grandmother was trapped with a man who used to beat her own wife whenever he got too drunk, which happened to be more often than what I was told... and I mean, this is something that one hears so frequently along the voices of the people that lives on the fields where my father grow up, that when one gets to known the pattern in common, its a mixture of several things that begins with alcohol and follows with forced marriages were the kids simply came too soon...

I am having an extensive experience of finding myself in front of a mirror in the moments that I feel more angry, and finding behind all of that the face of my grandfather... one of the most disgusting experiences that still exists within me, is precisely the thoughts that come when I am angry, but that come also as one of the biggest opportunities that I could ever have asked for, because as soon as the anger comes up, I have that flag point, I have a remembrance of the kind of asshole that I will become if I allow myself to act in the anger, instead of acting in the calmness and kindness that my father and my mother always tried to teach me whenever I reacted on anger. They would always tell me: "Learn to be patient, learn to be tolerant" and I always had a lot of resistance to such words "tolerance and patience", because I didn´t wanted to quit and give up on my desire to be right on the extensive and meaningless discussions that we used to had about whatever point we didn´t agreed with, but what I didn´t understood was that "that tolerance and that patience" that my mother was talking about, was precisely that point of learning to breathe and always try to resolve the problems talking, being calm and patience about and around the argument.

For a very long time I denied my roots, because I was ashamed of the stories that my grandmother used to told us about the several abuses that took place along my family, the alcohol can transform even the noblest man into beasts... and all the criticism that is created through media around the Rurals, farmers and peasants, made very difficult for my father and his brothers to walk out of the stigma created around them. It’s not a matter of casualty that when my grandmother came to the city with my father (who was only a 5 year old kid at that time) were denied a decent job and they had to sell tamales on the streets to be able to pay the school of my father. The stories of my grandmother about how they got out of poverty, it’s one of the things that can always lift me up and believe a little bit more on myself whenever the things seem a little bit too hard or too dark to stand up

I will continue as I open up more around this point
Publicado por gabriel en 23:53 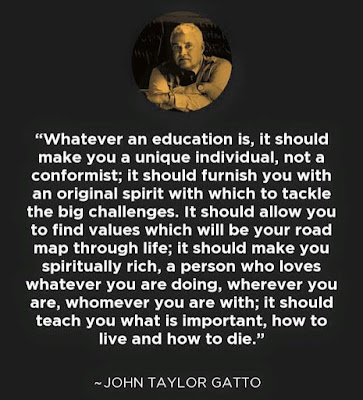 This post will be a tribute to the life and work of John Taylor Gatto. One of the greatest expositors

John Taylor Gatto was born in Monongahela, Pennsylvania, a river town thirty-five miles southeast of Pittsburgh where his grandfather, Harry Taylor Zimmer, was the town printer in the days when printers still honored their descent from Peter Zenger. John attended public schools in Swissvale, Monongahela, and Uniontown, and the private Catholic boarding school in Latrobe, all towns in western Pennsylvania.

As a boy he held many jobs: Sweeper in his grandad’s printing office, snow shoveler, lawn mower, Kool-Ade and comic book salesman, and delivery boy for the Pittsburgh Sun-Telegraph and Uniontown Morning Herald, among others. He did undergraduate work at Cornell, the University of Pittsburgh, and Columbia, then served in the U.S. Army medical corps at Fort Knox, Kentucky, and Fort Sam Houston, Texas. Following army service he did graduate work at the City University of New York, Hunter College, Yeshiva, the University of California, and Cornell.

After college, Mr. Gatto worked as a scriptwriter in the film business, was an advertising writer, a taxi driver, a jewelry designer, an ASCAP songwriter, and a hotdog vendor before becoming a schoolteacher. During his schoolteaching years he also entered the caviar trade, conducted an antique business, operated a rare book search service, and founded Lava Mt. Records, a documentary record producer, which won several awards for cover design and content, and which presented the horror of H.P. Lovecraft, dramatized, and the speeches of Richard M. Nixon and Spiro Agnew, exactly as given.

He climaxed his teaching career as New York State Teacher of the Year after being named New York City Teacher of the Year on three occasions. He quit teaching on the OP ED page of the Wall Street Journal in 1991 while still New York State Teacher of the Year, claiming that he was no longer willing to hurt children. Later that year he was the subject of a show at Carnegie Hall called “An Evening With John Taylor Gatto,” which launched a career of public speaking in the area of school reform, which has taken Gatto over a million and a half miles in all fifty states and seven foreign countries.

"he was no longer willing to hurt children"

In 1992, he was named Secretary of Education in the Libertarian Party Shadow Cabinet, and he has been included in Who’s Who in America from 1996 on. In 1997, he was given the Alexis de Tocqueville Award for his contributions to the cause of liberty, and was named to the Board of Advisors of the National TV-Turnoff Week.

Gatto’s office is in New York City, his home in Oxford, New York, where he is currently at work on a film about the nature of modern schooling. For more information about this film, including investing and production opportunities, email his agent at: info@JohnTaylorGatto.com. Gatto has been married for forty years to the same woman, and has two grown children and a cat. He hopes to build a rural retreat and library for the use of families pondering local and personal issues of school reform.

After listening to this interviews made by Bernard Poolman. I had to stop for a moment and had a listen to them again and again, and one more time to get sure that I get the whole message within and as the words, as I integrate it in my personal context and my personal world, like a pair of sunglasses if you know what I mean.

In the previous weeks I have been working with a very important point in my life, the opening of a business with a colleague which will allow us economical independence in the future to move forward in our personal goals. Obviously it has not been easy for any of us both, as we are walking through several resistances and challenges around the procedure to get the licences that are required to open the business, and not only that, I have been facing one of the points that can really put me down whenever I need to focus on any project... the desire for a relationship and sex. This is a tough one for me I must say, because it is just amazing how easily my mind gets distracted in the experience and desire of feeling loved, appreciated and cared. I am not going to say that I have transcended it, but I am working hard on it, so that I am able to keep my focus in what I need to do right now at this point of my life - get that business and get some financial independence to keep going with the projects and with life in general LOL.

The way I have been working with this point so far, its by bringing out on a piece of paper and in the computer, all the ideas that I have found myself attaching to the people with who I have created this sort of energetic experience, which have mostly come through personal ideas and expectations formed around those same ideas which at the very end came from movies, mind movies, pictures, fantasies, pornography and a big etc. of the things that have become food for the thoughts of desires. And as I was writing those ideas, I began to apply forgiveness for accepting and allowing myself to participate on such experiences of making out of the pictures of such people the very fantasy that I used in my mind to create this expectations and energetic experiences, not taking into consideration the entirety of the person and not even that, because what I began to notice in Self Honesty was that I actually didn´t even cared about the person in the first place, I was only taking their pictures in my mind to play the experience for my personal enjoyment.

And after that, I began to notice how little focus and attention I give to all the details that make each person unique, that make them so special within me, and what I have come to realize is that those things that make them so special, are at the same time parts of myself that I appreciate and that I want to create within me. So I established that as my point of focus, my point of attention for me to be able to get through the experience of desire itself and walk into the realization that we are all one and equal and that we can learn and love and care for everyone unconditionally; as long as that connection is clear, it always gets me through. And as I said before, I don´t consider that I have transcended this point, as I still see a lot of reactions emerging within me of wanting to have sex and wanting to have and being on a relationship. and that is when I have to walk through the desires using self forgiveness all over again, but it always gets me going. 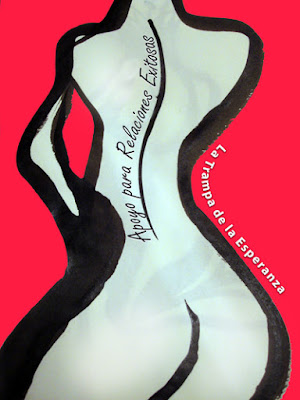