We have been working on this project in the last couple of days, cutting and painting this massive stencils that you see, everything that looks "orange" had to be cutted so that we were able to add the painting. This is part of one of the three jobs I am currently working at, which is making this stencils and making body paints for people at some musical events or parties. There was quite a few points that emerge while I was doing this work along with a couple of people while we were cutting this massive things in teams of 2 or 3 people for each stencil, and sometimes of course one would also find oneself alone facing one of this massive stencils of 2x3 meters. 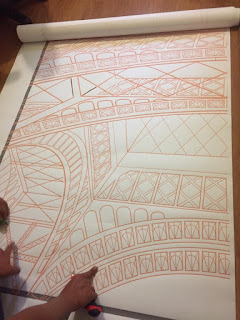 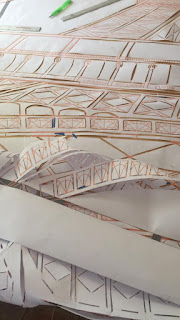 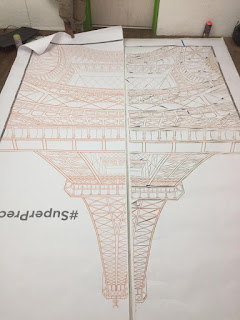 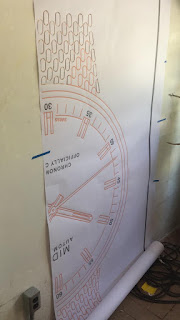 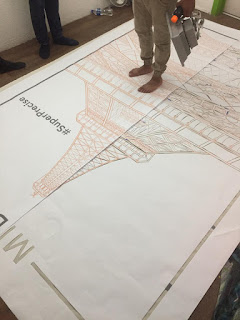 I must say that yes, it´s a great therapy to place one´s attention and focus in one job for several hours, one almost feels as a Tibetan monk painting one of those massive mandalas lol. Nevertheless there would come this moments in which I found myself complaining about the extensiveness of the job for such an small payment, 700 hundred mxn pesos for the whole project (make your respective conversions) while our boss it´s receiving 5 thousand mxn pesos for each stencil... (we made 4 of them, 3 of 2x3 mts, and another one of 2x5 mts...). It´s fascinating to find how motivated our boss was about this job while the other 3 of us (the employees) who were working at the project felt like so enslaved to all of it lol... it´s amazing the power that money has on our minds, because at the very end, we were all doing the exact same job, but only one of us felt "excited about it", and I am sure that just as me, you are aware that he wasn´t excited about the project itself, but about the amount of money.

I was about to quit at the second day of work, but a part of me also felt the urge to accept and maintain the job to keep that little income coming, but at the very end, yes one can move oneself, one can motivate oneself and one can place a "finish line" to a work that seems eternal, just get sure that at the very end of such a line you would be able to look back and feel proud of yourself. 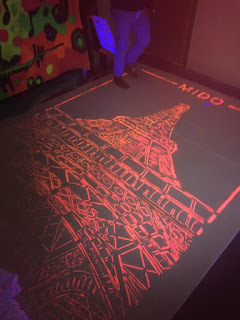 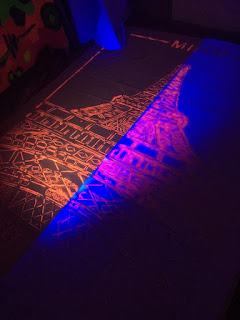 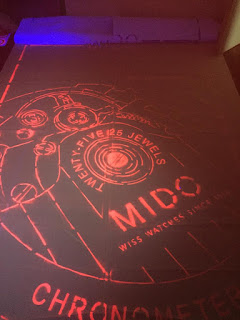 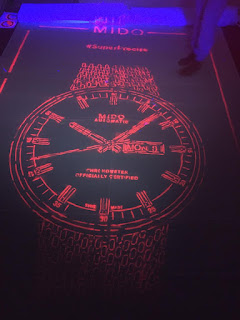 Yes it looks great, and yes I would do it again, but I must admit that I also want to earn more for it; the difference between my boss and I is that he has the contacts that pay him such a big amount of money for this works, and I am just at the very beginning of the whole career that he has doing this, but this is something that I am able to learn from, I have to move myself, not only being committed to a BIG task like this one, but to also learn how to make contacts and relationships that allows me to have an income as big as my boss does.